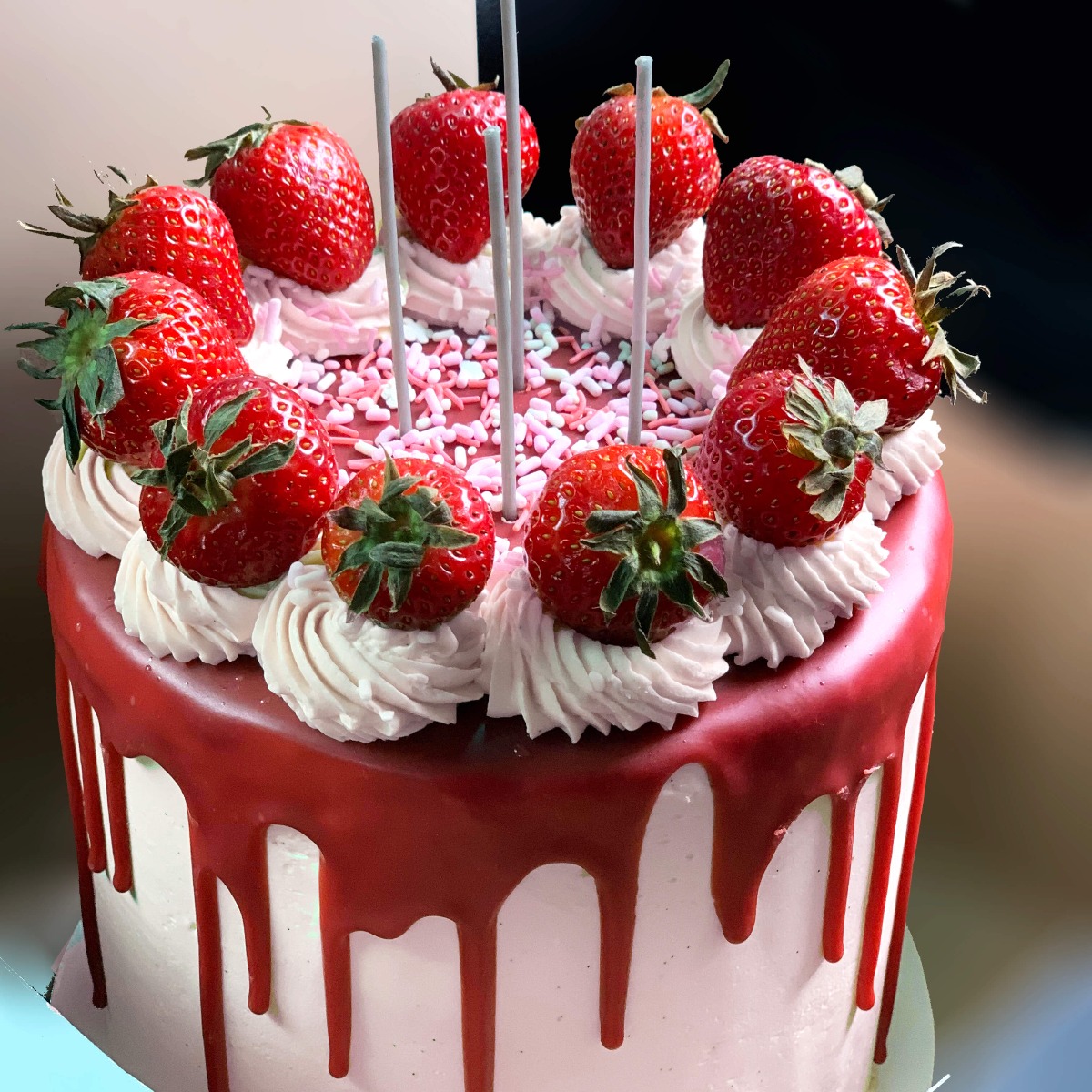 li>Cook the syrup until it reads 235°F on a thermometer. Begin whipping the whites on medium high speed. The goal is to get the whites nearly to soft peaks by the time the sugar reaches 240°F. li>When the syrup reaches 240°F, gradually pour it into the mixer bowl in a slow, steady stream (with the mixer running). Continue to whip until the meringue is firm, glossy, and cool, 5-6 minutes. li>With the mixer running on medium speed, gradually add the butter 1-2 tablespoons at a time to the meringue, waiting until each addition is incorporated before adding more. Add the melted strawberry inspiration and mix to combine. li>Frost the chilled crumb coated cake with the frosting. Chill the cake for 30 minutes.